The Handbag: What Does Yours Say About You? 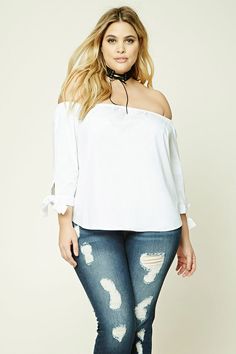 he handbag is the one accessory that says the most about a woman, making not only a fashion statement but a lifestyle one, too. So what kind of handbag do you have and what does it say about your personality?

The Mary Poppins Bag; an oversized shoulder bag used by those who like to expect the unexpected. Inside the bag you will find various scattered paraphernalia that have been accumulated over the years. The lack of organisation in this almost-suitcase is reflected in the owner themselves, who inevitably spends a lifetime sifting through the endless bits and bobs that fill their bottomless pit of a bag. They rarely need the possessions they horde, but glide through life safe in the knowledge that they will never be unprepared. After all you never know when all you will need is a pocket-sized sewing kit and mini sachets of salt!

The Over-the-Shoulder Bag; an adjustable “lazy” bag for those who want to reap all the benefits of a bag without actually having to carry one. The owner wants the best of both worlds and has a quiet arrogance at their discovery. The relaxed and carefree attitude they ooze is the result of meticulously organising the contents of their bag so that they have exactly what they need (and only what they need) for the day. With over-the-shoulder bags that vary in size and length to accommodate the demands of various occasions, the owner is confident not only in their choice of bag but also in themselves.

See also  Need Help With A Wedding? Use This Information

The Clutch bag; a small hand-held bag used by those who like to hold their life in their fingertips. They are risk-takers, only carrying with them the bare essentials that will inevitably be stuffed into every crevice in a haphazard, space-defying fashion. They opt for style over excess baggage, preferring to rely on their natural ability to respond to life’s surprises rather than planning for them. The owner will unavoidably lean on others for support, depending on the spare bag space of a nearby friend for those items that refuse to be crammed into what can only be described as a large purse.

The Pocket; a non-bag handbag for those who are so laid back they could fall over. They refuse to stress over what they may or may not need for the day, hoping instead that the one item they carry will somehow be suitable for any given situation (a phone that is also a camera that is also a mirror that tells the time, buys things, and has photographic ID). The owner moves through life like they don’t know where they’re going, or even care; they are neither organised nor disorganised, but in some respects are the ultimate dare devil.

Does your handbag reflect your personality?