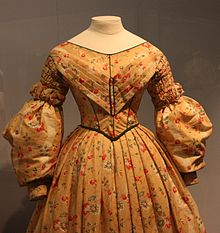 Gone with the wind, the dreamy, oh-so-lovely creations by Alber Elbaz’s for Lanvin simply took the onlookers breath away. Models dressed in romantic dresses with contemporary look ambled down the ramp. And then it was clear why Alber Elbaz was quoted as saying, “It’s all from dreams, from the soul.”

The Lanvin show had fitted bodices teamed with sinuous flowing skirts in soft colors. But it wasn’t just pallid hues that ruled the ramp, Lanvin dresses later moved to dark colours, like his day-to-night clothes. Shades of jhaki, black, blue, red to pink, name it and he has it. The designer also covered the long and the short of dresses, minimalistic yet exotic.

The response to the collection was overwhelming, International Herald Tribune writes, “Walked a magisterial line between the industrial and the romantic, as though the designer Alber Elbaz were dressing women for the dichotomy that is their modern lives.” The Elbaz’s trademark draping won hearts when the four models in finale parade walked in one-shoulder gowns in warm blue hues and in animal-printed chiffons including robes, halter-necks and trousers made of same fabric taut at the ankle. The fashion drama got complete with butterfly-shaped buckles in belts chokers. In accessories, one couldn’t take off eyes from the brown belts and mini de-glam sling bags.

That”s why Vogue writes, “One of those dynamic moments where Alber Elbaz has it all lined up: the woman, the dress, the modernity, the gasp-inspiring glamour.”